Stiftelsen SINTEF is in charge of upscaling the pulsed-laser depositon (PLD) deposition processes developed on small scale at JSI to 150 mm silicon wafers for preparation of energy harvester technology demonstrators. This also includes fabrication of the resulting electromechanical transducer.

SINTEF has worked with piezoelectric microsystems (piezoMEMS) for over 10 years and has through several projects developed piezoMEMS fabrication processes and demonstrators for end-users. SINTEF have been coordinator for 2 EU projects (MEMS-pie, piezoVolume) on the topic of which the recent FP7 piezoVolume8 were promoted as a success story (Success story). SINTEF is internationally recognized for being in front in piezoMEMS technology and is hosting a piezoMEMS competence centre (www.piezomicrosystems.com). It may be noted that two, first of its kind, piezoFlare 1200 deposition tools for piezoelectric thin films on up to 200 mm wafers were installed at  SINTEF in 2012-2013 (piezoFlare, www.solar-semi.com).

Dr. Frode Tyholdt is responsible for upcaling the deposition by PLD. He was the coordinator of FP7 piezoVolume and a core research scientist in FP6 MEMS-pie. He has a doctoral degree in deposition and characterization of piezoelectric and multiferroic thin films. He is the holder of 14 scientific papers and 3 patents. 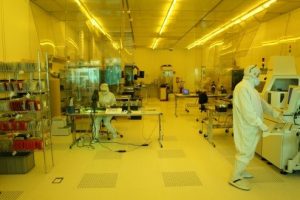