The Department of Engineering Science and Ocean Engineering at National Taiwan University (NTU) is in charge of PMN-PT aerosol deposition, the microelectromechanical system (MEMS) energy harvesting (EH) transducer designing, and the optimization of energy extraction interfacing circuit for the prototyped EH.

Prof. Wen-Jong Wu finished his Ph.D degree in 2003 at Institute of Applied Mechanics, National Taiwan University (NTU). Later in 2003, he joined Department of Engineering Science and Ocean Engineering in NTU as assistant professor and has been associate professor since 2010.  From 2007 to 2008, he has been with Sibeley School of Mechanical and Aerospace Engineering, Cornell University as visiting scientist and co-worked with Prof. Enphrahim Garcia on the energy extraction and storage interfacing circuit research for EH.  He has published for about 40 refereed journal papers and over 60 conference papers.  He also held over 30 patents.  He is currently associate editor of Smart Materials and Structures (IoP) and International Journal of Distributed Sensor Networks (Hindawi). For the past 10 years, he has been dedicated on energy harvesting researches including the micro EH fabricated with MEMS processes and also the energy extraction interfacing circuits.  He also wrote a book chapter “Piezoelectric MEMS Power Generators for Vibration Energy Harvesting” in the book Small-Scale Energy Harvesting published by Intech. In the latest paper he published in Smart Material and Structure this April, it has been demonstrated that the output power of an 8 by 6 mm micro generator can reach 240μW under 1.5g excitation at 120Hz, which is considering the state-of-the-art of current MEMS EH. 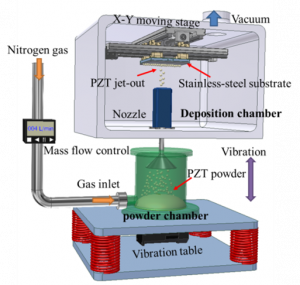